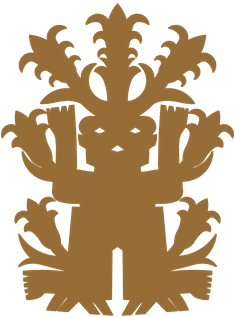 This edition of the Félix Candela Award celebrates the first five years of this initiative that defines itself as a motor for the education of architects who are driven to transform their immediate surroundings. Through our combined efforts, we make changes in architecture and in thought that will have an effect on our environment and, therefore, on our lives. More than in any other year, the fifth edition of the Félix Candela Award aims to be a celebration of the need to reconvert education into a habitat that nourishes people’s minds and spirits to create a better world.

Man of Maize. American man is that man made from maize, who has, since time immemorial, domesticated this plant and become one with it, his calendar and his life itself revolving around it. The agricultural exploitation of maize further requires the cultivation of other, parallel crops in order for the soil to hold onto its nutrients. Like an individual in a society, maize cannot grow on its own. Originating in America and deeply identified with the continent, it soon spread around the world so successfully that only five American countries are among the fifteen biggest producers at the global level.

Truth went to countryside. Any city, even of the most recent invention, despite its apparently innovative structures, in some inherent way prevents us from imagining a society other than that built through urban power structures. That which is not the city, however, is fifty times greater than the surface of all the planet’s cities put together. The countryside, as the expression of nature, as imagination more than reality, is always inscrutably the same yet always different, and it truly is always different. Given the global health crisis and the restrictions on coexistence then imposed, many digital natives emigrated to the countryside, opening the door to new spaces of connection and learning, the seed of a new social order. The countryside is its own higher order and the question comes back to us—as an echo in the deepest valley, the silence of the desert or the multitude of connected sounds in the densest forest—as a conclusive answer: I am truth. And as Cervantes wrote, “where there is truth, one finds God.” So we must go back to the origin. 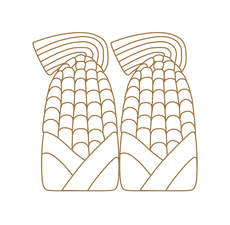 The fifth edition of the Félix Candela Award invites you to design a school for the Man of Maize, for educating that man who returns to the countryside in some corner of the territory of this ancestral plant.

Through their design, participants must present the architectonic typology of a school that allows for the education of that man who returns to the countryside, considering analog and digital contexts, the new Man of Maize who will lay the basis for a society that is his own. Architecture has the capacity to give order, structure and form to human relationships on a profound level.

There is freedom in choosing the rural enclave in which this field school for the Man of Maize is to be founded, whose name will be omitted by the participants, instead using a fictional toponym. There’s also freedom in defining the specific program and the architecture to which it gives rise, which will be explained from its conceptualization to the draft stage. Even though the choice of the specific site is open, it must be located within the cultural area of the territory of maize in the broadest sense, over which each participant’s submission will constitute one node in a network of schools in a system or society corresponding to the man who goes back to the land and which transcends that of the dominant urban order.

The project will be defined at the draft stage, addressing the following primary aspects, among others:

The above may be expressed through the representation systems that best serve to support the design (croquis, technical drawings, models, etc.).

The jury will place particular emphasis on the originality of the design and its congruence with the theme, as well as the relationship between the concept, the precision of its representation and its constructive, structural and programmatical plausibility. Lastly, those projects that skillfully respond to their contexts while constituting a design that goes to the heart of the pedagogical project will be especially rewarded. An architecture at the service of education should be the primary lesson, at all levels.

A succinct statement of no more than 300 words total may be included on the panels. Nevertheless, during the first phase, the weight will entirely be placed on the architectural means for communicating architecture.

Any questions regarding registration, registration numbers or issues related to fees, payments or money transfers will be answered throughout the registration period at secretaria@premiofelixcandela.mx.

Projects must be sent to the following email address: secretaria@premiofelixcandela.mx.

Participants must send a ZIP or RAR whose filename is their registration number (for example: FC1234.zip), which will include the JPG images of the panels and the documentation accrediting the legal participation of the competitors.

Project documentation will consist of three digital panels with the following characteristics:

These panels will include all graphic and written information needed, at the discretion of the participants, for the proper definition of the proposal. Resolution must be taken into account, as well as text size, as they may eventually be printed on DIN A1 paper (59.4 x 84 cm) in vertical format. The panels will be read vertically, but it will be left to the judgment of the participants whether to design them as a triptych or as individual scenes.

Taking these parameters into account, the minimum font size for the text included on the panels is 10 points. The text incorporated into the panels must not exceed 300 words in Spanish, not counting labels. Any technique or form of graphic expression will be admitted that clearly and precisely explains the project.

The finalists will pass on to a second phase in which they will take an intensive project workshop to be considered for the Félix Candela Award. Its theme and scope will be communicated to the finalists when the jury announces the results of the first phase.

The finalists will participate in the intensive workshop, forming a team with one of the renowned architects that IESARQ considers optimal. Based on the results of the workshop, each of the finalists will present their final project to the jury, who will decide the Félix Candela Award.

The language of the competition is Spanish. In the event that Spanish is not the mother tongue of any of the participants, all text on the panels must be translated into Spanish.

All students of architecture, design and urbanism who belong to any academic and/or university institution where design, architecture and urbanism are taught may participate in this competition, whether individually or in a team of up to three people. The competition is also open to young architects up to 40 years of age as of the submission deadline.

The representative of each team must be an architect or architecture student, whether a generalist or specializing in one of its subfields, and they may partner with other professionals or students in related fields such as design, civil engineering, urbanism, etc. It is also open to participation from historians, cultural heritage specialists, anthropologists, philosophers or anyone else with a relevant profile, at the consideration of the participant who acts as the team representative.

The above conditions must be accredited by each participant through a copy of an official identification that contains their place of birth and/or residence, as well as a copy of a document certifying their age and their status as a student or professional, as applicable. Only one project can be presented per submission.

Each individual or team participant may only submit one project, which will be assigned a REGISTRATION NUMBER. Under no circumstances may any member of a team form part of any other team. No member of the jury may submit a project, nor may their habitual collaborators, employees or blood relations to the second degree. The breach of any of these conditions will disqualify the participant or team in question.

Each team, at their discretion, may have none, one or several consultants, who are to be mentioned in their registration files and, if the project wins a prize, IESARQ will give them the corresponding credit and acknowledgement of their contribution.

The documentation that accredits the legal participation of each competitor must be verified at the moment of submission.

The jury will evaluate the originality of the design, as well as the quality of its graphic expression, its representational precision in the various documents that express the design and the correspondence between its ideas and their representation in terms of theme and location, as well as the most important theories and philosophical currents that are connected to the competition’s theme.

The jury members will be officially announced on the Félix Candela Award website (www.premiofelixcandela.mx) and disseminated on social media by IESARQ.

Eight teams of finalists will be selected. They will participate in project workshops during the second phase.

The winning team will be awarded the Félix Candela Award, which consists of:

START OF THE COMPETITION

ANNOUNCEMENT OF THE JURY

END OF THE CONSULTING PERIOD

PUBLICATION OF THE FAQ

February 2023, exact date to be determined

Registration fees are as follows, according to the period in which the competitor registers:

Payment can be made through one of the following methods:

PayPal via the website or directly to the email address: premiofelixcandela@iesarq.mx.

Regardless of the payment method, the documentation accrediting the PayPal payment or the receipt of the deposit/electronic transfer for the proper amount must be emailed to secretaria@premiofelixcandela.mx.

*Bank commissions or transfer fees are not included in the registration price. The applicant must assume these costs.

**No registration is valid that has not been validated in these terms.

***Only one payment and registration per team.

*The payment of awards will occur through electronic transfer to the bank account indicated by the winning team. All applicable tax withholdings will be administered. The payment will be made during a term no greater than 90 calendar days following the jury’s decision.

Once the competition has concluded, all the finalists and a selection of other submissions, at the discretion of the jury, will be published on the website of the Félix Candela Award and will be disseminated on IESARQ’s social media accounts. A public exhibition may also be organized featuring the finalists and a selection made by the jury of other submissions. This exhibition, if it is organized, will be announced to all participants, whether or not their submissions have been selected.

Intellectual Property Rights: Competitors will solely cede to IESARQ the exploitation rights that correspond to the object of publicizing the competition and its results, such as the publication and exhibition of the work submitted, as selected by the jury, while those competitors that have not been awarded will remain anonymous if they so request.

In the case of the winning submissions, the economic remuneration from the award will be taken as payment for a design and they will become the property of IESARQ.

Participation and registration in the competition implies agreement with the above conditions. Once registration has occurred, the registration fee will not be reimbursed. The jury, through majority vote, is the only authorized body responsible for the final selection of the competition’s winners and its rulings cannot be appealed.

IESARQ reserves the right to modify the terms of this competition (periods, deadlines, requirements, etc.) should any exceptional situation arise, provided that it is at the service of the common good of its participants and its proper development.

Send us proof of payment to secretaria@premiofelixcandela.mx

***Only one payment and registration per team.